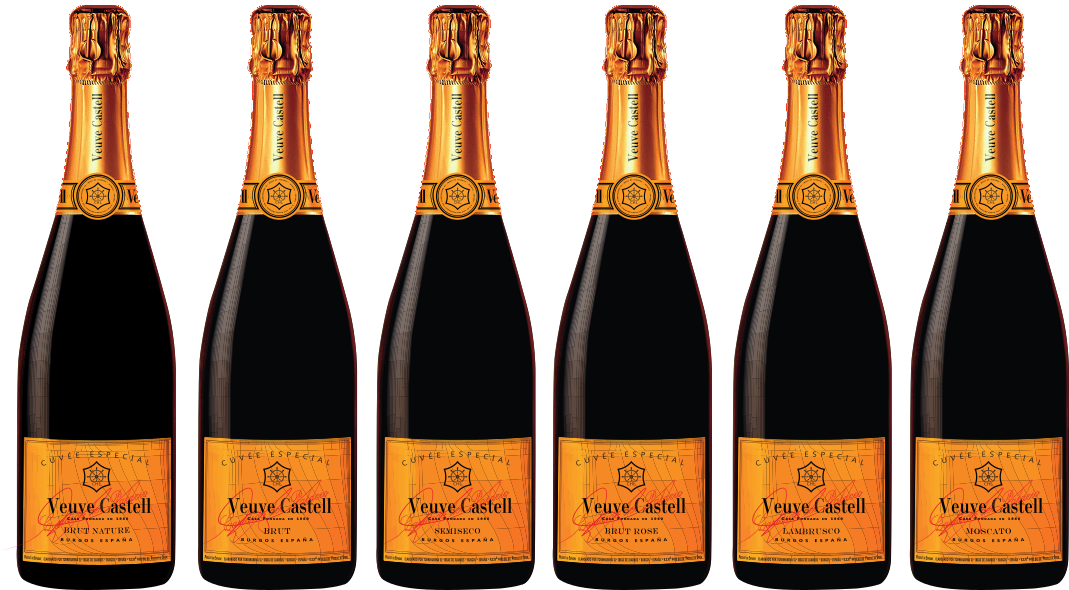 The reason most sparkling wine is so complex is because of the need for two fermentations; one to make wine and the other to make bubbles. Since sparkling wines were first introduced (starting in the mid 1500’s), several processes have been developed and each result in a unique sub-style of sparkling wine.

Veuve Castell winemaking in Burgos, Ribera del Duero, Spain uses a method that has been awarded a UNESCO heritage in Champagne wine region in France in 2015. It is–arguably–the most appreciated method for sparkling wine production in terms of quality, and at the same time it is also the most costly in terms of production. The most important facet of the traditional method is that the transformation from a still to a sparkling wine occurs entirely inside the bottle.

How Veuve Castell Sparkling Wine is Made:

Veuve Castell is a Grand Cuvée sparkling wine. It is not named Champagne because that denomination it is only for wines produced in France region of Champagne. Nevertheless using same method of production.